Last chance to register for the May 7, 2018 Education Dinner

Registration closes may 2 at 1630h

If you have registered and are no longer able to attend, please cancel your ticket via Eventbrite or email Local196Education@una.ab.ca

Local 196 is pleased to welcome

Big Daddy Tazz as the guest speaker for our 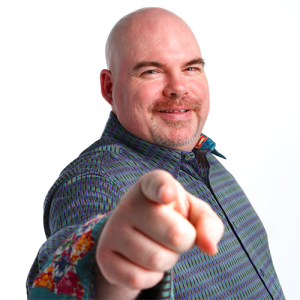 “The most entertaining comedy and the powerful stories each come from deeply personal and often harrowing experiences. After 30 years of denying he had the mental illnesses that were controlling his life, Tazz realized that being a socially anxious, manic-depressive, attention deficit dyslexic could either destroy or enhance his life… it was his choice. Today, international audiences are thrilled to join him on his rapid ride down the never-ending road to recovery that has led him from comedy venues across North America to the psych ward at the Calgary Foothills Hospital and back.

Often described as “one of the most talented comics in the business”, Tazz has been delighting crowds at fundraisers, corporate events, festivals and on television for more than a decade and a half. Known as the ‘Bi-Polar Buddha’, Tazz is equal parts comedian and motivational speaker, who likes to enlighten, educate and inspire. As a result, his one-man shows have drawn rave reviews and standing ovations from coast-to-coast.

Tazz’s many national festival appearances have included the prestigious Just For Laughs festival in Montreal, the Moncton Comedy Festival and the CBC Winnipeg Comedy Festival, for which he annually multi-tasks as a writer, producer and performer. Tazz’s explosive gala performances at the Winnipeg Comedy Festival over the years can be seen frequently on CBC television and the Comedy Network. On April 1st 2008 Tazz shattered the standing record for continuous stand-up comedy with his 8½ hour stand-up comedy show.” (arlangroup.com)

This event is open to members & duespayers of

Registration must be completed using a non-AHS email. Click the Eventbrite link to register.

Paper or e-ticket required for entry